The decision to abandon a directive that would have prevented international students from taking all their coursework online came in response to a lawsuit from Harvard and MIT.

The Department of Homeland Security rescinded a July 6 policy directive that would have required international students to take at least some in-person coursework in order to remain in the U.S.

The government agreed to rescind the guidance in response to a lawsuit filed by Harvard University and the Massachusetts Institute of Technology. The rescission of the July 6 directive, and an associated FAQ released July 7, means that the government reverts to guidance issued in March that allows international students to remain in the U.S. while taking a fully online course load.

At least 20 states and the District of Columbia and about two dozen universities filed various lawsuits to block the policy change from going into effect. Harvard and MIT — both of which plan to conduct most of their fall coursework online — argued in their lawsuit that the July 6 directive reflected an effort by the government to force universities to reopen despite the continuing dangers posed by the coronavirus pandemic.

They argued the directive put universities “in the untenable situation” of either moving forward with online coursework at the expense of the welfare and future prospects of their international students — or forced them “to attempt, with just weeks before classes resume, to provide in-person education despite the grave risk to public health and safety that such a change would entail.”

Typically, federal regulations restrict international students from taking more than one online class at a time. In March, as colleges shifted their courses online in response to the coronavirus pandemic, the government suspended enforcement of those regulations, assuring colleges that international students could remain in the U.S. while taking a fully online curriculum. The March guidance from the Student and Exchange Visitor Program, a unit within U.S. Immigration and Customs Enforcement, described the allowance for international students to take multiple online courses as a temporary accommodation that would remain in effect “for the duration of the emergency.”

On July 6, the government abruptly reversed course, saying that continuing and new international students could not legally stay in the U.S. if they were taking all their classes online. Universities and higher education groups pushed back strongly, and the first lawsuit — from Harvard and MIT — was filed two days later.

Before it agreed to rescind the new guidance, the Homeland Security Department filed a motion Monday in which it justified the decision to block international students from taking an online-only course load based on what it described as “significant national security concerns.”

The government argued in a court filing, “A solely online program of study provides a nonimmigrant student with enormous flexibility to be present anywhere in the United States for up to an entire academic term, whether that location has been reported to the government … Additionally, such programs could allow a nonimmigrant student to conduct activities other than full-time studying.”

The government maintained in that same filing that “students choosing a 100% online learning program do not need to be physically present in the United States.”

Declarations from Harvard and MIT students submitted into the court record argued to the contrary that the students have compelling academic, personal and professional reasons to stay in the U.S. — or in some cases to re-enter the U.S. — even if their coursework would be online.

For example, one student, a graduate student in engineering from Lebanon, is currently working on a collaboration with the National Aeronautics and Space Administration.

“If I have to leave the United States and return to Lebanon, it will be virtually impossible for me to continue my research, as well as my work related to the NASA project, which is directly related to my graduate thesis,” the student’s declaration states. “Most of my work is not possible to do from Lebanon. Lebanon is currently experiencing an extreme economic crisis and famine. I would not be able to access the basic tools to complete my work online, including electricity and reliable internet.”

Students whose declarations are included in the suit expressed concerns that being compelled to go home would force their separation from their loved ones — one, a Ph.D. candidate at Harvard from Australia, faced potential separation from an infant child, an American citizen, whose passport has not yet been issued — and compromise their access to mental health support. Students expressed concerns about the financial costs of breaking their leases, and about potentially exposing at-risk family members back home to COVID-19 after taking a long-haul flight back from the U.S.

Harvard and MIT argued that the government failed to consider the costs of its actions and the reliance of colleges and students on DHS’s prior guidance in violation of the Administrative Procedure Act, a law that requires federal agencies to provide opportunity for public notice and comment and reasoned explanations for their decision making.

In a filing, Harvard and MIT argued that the Trump administration’s actions in rescinding its March guidance on online coursework had parallels to its decision to end the Deferred Action for Childhood Arrivals program for undocumented immigrants — a decision struck down by the Supreme Court.

“Just last month, the Supreme Court vacated DHS’s indistinguishable effort to rescind the DACA program precisely because the agency failed to consider the reliance interests of the program’s beneficiaries and failed to adequately explain its decision, rendering it arbitrary and capricious,” Harvard and MIT wrote in a court filing. “The Court should reach the same result here.”

The Harvard/MIT lawsuit, which remains open, is one of at least eight lawsuits that have been filed in an attempt to block the ICE directive. Seventeen states and the District of Columbia sued as part of a multistate lawsuit, while California, New York and Washington sued separately. Johns Hopkins University, in Maryland, filed a suit of its own, as did a group of 20 colleges in Arizona, California, Oregon and Washington. A group of international graduate students in California also sued.

Hundreds of colleges and more than 70 higher education associations filed amicus briefs in support of Harvard and MIT’s case, as did the U.S. Chamber of Commerce along with companies including Facebook, Google and Microsoft. A group of student government associations also filed an amicus brief.

Ted Mitchell, the president of the American Council on Education, said in a statement that the rescinding of the July 6 directive “demonstrates the importance of international students to the United States and shows that together with one voice, all of higher education, the business community, and many others across our nation are making it clear that these students continue to be welcome here. We are enormously gratified that Harvard University and MIT, as well as many states and other colleges and universities, took immediate legal action to force the Trump administration to rescind its wrongheaded directive that would have prevented students attending U.S. institutions operating online during this global pandemic from remaining in or coming to our country.”

MIT president L. Rafael Reif said in a statement he had “been inspired by the outpouring of support for our position that flooded in from higher education and other organizations so quickly. I was especially moved by the involvement of our own students, including those who contributed their personal stories and those who organized a national coalition of students in filing a brief.”

“We at MIT are enormously grateful that so many are paying attention and talking about the important role international students play in our education, research and innovation enterprises here in the United States,” Reif said. “These students make us stronger, and we hurt ourselves when we alienate them. This case also made abundantly clear that real lives are at stake in these matters, with the potential for real harm. We need to approach policy making, especially now, with more humanity, more decency — not less. We stand ready to protect our students from any further arbitrary policies. Our nation’s future is at stake.” 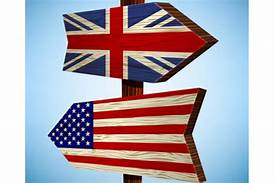 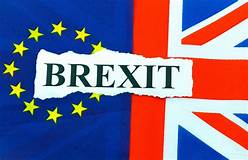 THE UK FEES FOR UNDERGRADUATE STUDENTS 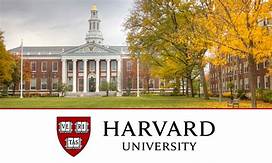 Admitted HBS MBA Students Can Now Defer Due to COVID-19

The Covid-19 pandemic has put a halt to students’ expectations of on-campus matriculation in the  Fall of 2020.Taking this into account ,the Harvard Business Class has offered the choice of deferrals as it is indicated Διαβάστε περισσότερα…

You can find out more about which cookies we are using or switch them off in settings.